Citizen spies in the United States may sound absurd, but tactic itself is nothing new in the history of surveillance. Far from it actually. And if the information about a program involving domestic citizen informants is true, it reads like a method taken directly out of the German Stasi playbook.

In the United States, that phrase is scripture in the canon of the criminal world. In the psyche of the street-hardened, to be labeled a snitch is worse than being labeled a murderer. As counter-intuitive as it sounds, there is indeed a code of honor in the world of crime and turning on one’s peers is the unforgivable sin.

In a similar yet drastically less sinister degree, recent revelations have revealed some troubling-if-true tactics used by law enforcement intelligence gathering centers across the domestic United States. A series of damning leaks have revealed a program for alleged citizen spies who can snitch on their neighbors for the “greater good” of the community – except without the robust training and developed skillset generally required in the commissioned sector of local law enforcement and professional intelligence gathering.

The 1989 Fall of the Berlin Wall was a watershed moment for East and Central Europe. The cold iron grip of Soviet Communism was losing its strength, and the reunification of the city of Berlin was symbolic of the inevitable fall of the USSR less than two years later.

Residents of the country formerly known as the German Democratic Republic (GDR) had finally been able to find their lost families and had access to food and amenities that were a mere fantasy in the harsh reality of a communist society.

Some time has passed since then (roughly 32 years now), but the traumas of the GDR and its draconian policing remain engrained in the souls of those fortunate enough to make it through to the end of its reign. Outside from the scarcity of basic needs and economic disparity, residents of the GDR had to live in constant fear of the Stasi, and the citizen spies within it.

According to journalist Charlotte Bailey of The Atlantic, “The Ministry for State Security – commonly known as the Stasi – wiretapped, bugged, and tracked citizens. It steamed open letters and drilled holes in walls. It had nearly 200,000 unofficial informers and hundreds of thousands more occasional sources providing information on their friends, neighbors, relatives, and colleagues.”

These tactics were grounded in classic Russian KGB tradecraft and exported in a similar fashion to other KGB influenced state and non-state actors, like the Cali Cartel and modern Russian intelligence agencies.

Citizen spies were known as “Inoffizieller Mitarbeiter-Sicherheit”, or “unofficial security collaborators”. In his book Stasi: Shelf and Sword of the Party, author John C. Schmeidel writes, “Their task was not trailing around a more senior spy in foreign territory but acting as low-level collectors in country. IMS comprised some 70-85 percent of the total, and their job was as utility player for general reporting. Rules of compartmentation and ‘need to know’ were strictly observed at this level… IMS were considered unsuitable to do more than very menial work in more sophisticated investigations”.

Unlike the GDR, the United States prides itself on being an open democracy that upholds the virtues of a free society and human rights in the highest possible degree. Citizen spies in the United States are an unthinkable concept for the average citizen to grasp but damning reports of their existence have resulted in a new sub-plot in the already exposed national intelligence community narrative that came courtesy of whistleblowers like Edward Snowden and Julian Assange.

Released by the masked hacker collective Anonymous on the 19th of June 2020, “BlueLeaks” became “the largest published hack of American law enforcement agencies” according to Emma Best, founder of the Distributed Denial of Secrets hacktivist group who published the leak. Although the original site is not defunct, a condensed collection of the documents can be found at The Intercept, who claims that the data comes from “251 police websites” and “represents an unprecedented exposure of the internal operations of federal, state, and local law enforcement.” – the authenticity of which being affirmed by relevant officials.

The bulk of the leaks were hacked from “Law Enforcement Fusion Centers” – a symptomatic response to the September 11th attacks and the domestic intelligence failures that led up to them. There are 78 currently in operation, and according to the Department of Homeland Security, “are state-owned and operated centers that serve as focal points in states and major urban areas for the receipt, analysis, gathering and sharing of threat-related information between State, Local, Tribal and Territorial (SLTT), federal and private sector partners.”

Of course, from a security perspective, a great deal of the information released is arguably well within the lines of proper law enforcement ethics and procedure – many of which being mundane department memos or inter-agency intelligence reports – but some of the content has revealed a program allowing for private citizens to become law enforcement informants, without any formal commission. Citizen spies in the United States? What a time to be alive.

John Anderson from the Austin Chronicle in the great state of Texas reported on this revelation, and how it is happening within the Austin locale. According to Anderson, files found within the BlueLeaks database expose a program for intelligence assets known as “Threat Liaison Officers” (TLOs). In essence, these TLOs are members of the community who work for the Austin Regional Intelligence Center (ARIC) – one of the domestic fusion centers – and can “report suspicious activity or behavior to ARIC”.

Now, for the sake of intellectual honesty, such a program in itself is not malevolent by any means, but that includes the clause “if it is within the realm of law enforcement” – law enforcement being trained agents who carry a commissioned badge and are familiar with both law and ethical standards of intelligence reporting and analysis. TLOs include such officers, but allegedly private citizens as well.

According to a quote in Andersons piece by Texas Civil Rights Project lawyer and ARIC Community Advocate Peter Steffensen, “The FOUO (For Official Use Only) TLO program appears to create a cadre of anonymous, non-law-enforcement citizen informants who, unlike ARIC, are completely unaccountable to the public”. These US citizen spies can be members of partner organizations, such as hospitals, clergy, and other unnamed sources.

The potential issue within the idea of citizen spies is a remnant of the Stasi predecessors. In complete fairness, and to give some charity in defense of the program, it is indeed difficult to understand the exact extent, reach, and numbers of the non-commissioned personnel within this program. The question must be begged, however, as to what possibilities lie if someone with a misguided at best and evil at most intent decides to report someone who is innocent or use their position to seek revenge or action towards one is enemy. Already within the BlueLeaks files from the ARIC, language has been seen in reports that targets and labels citizens of Middle Eastern or Islamic origin – an all too familiar dog whistle to some within the region who may not have let go of the 9/11 attacks and preceding Global War on Terror.

In such an instance, the simple hatred for fellow man stemming from racism or prejudice can be enough to wrongfully profile and target the innocent. Citizen spies may have worked for the nefarious agenda of the GDR, but in the United States the freedom bell can only ring if the citizenry is granted the natural rights bestowed to them by a force beyond government. 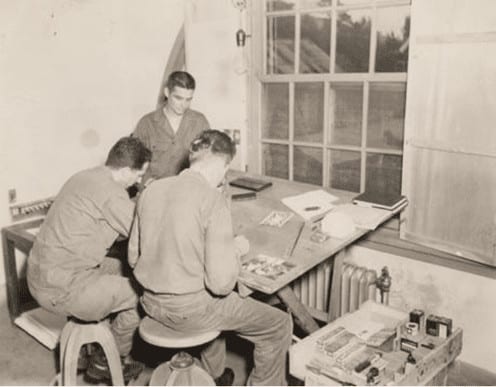 Propaganda During the Korean War: UN & US Psyops... 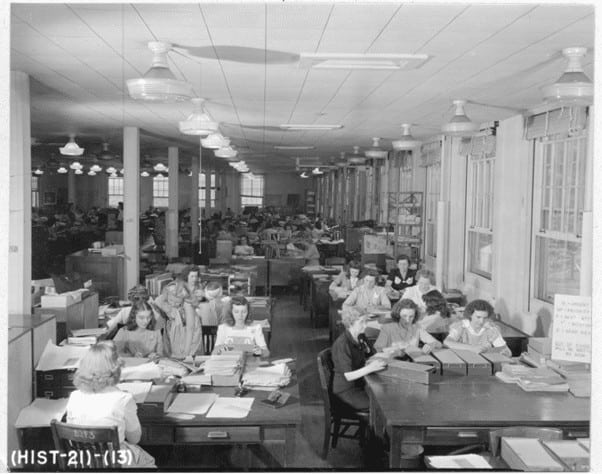