One of the most famous disinformation campaigns popularly known as Operation INFEKTION, and originally named Operation DENVER. It targeted the CIA and the US at large as being the origin of the AIDS disease. Active measures achieved that through the dissemination of information in the news-press. It originated with the Harare Brochure, created by Jakob Segal, a scientist with his own beliefs. The KGB and Stasi indirectly used Jakob to get the information from. Service A directed the AIDS campaign. This fell under the authority of the First Chief Directorate in foreign intelligence, in the KGB. Although Operation DENVER finalized in 1987, disinformation carried on.

Russia used disinformation campaigns to bring an enemy down and to achieve foreign policy priorities. Their campaigns originated, processed, and disseminated through active measures. Active measures are political warfare that started in the 1920s by the Soviet government. It consisted of programs for disinformation, deception, sabotage, and espionage.

Some often compare Russia’s disinformation campaigns in 2010 with the Soviet Union’s active measures. Both their aim is to disrupt and discredit Western democracies. This also happened during the COVID-19 pandemic.

The World Health Organisation claimed that an ‘infodemic’ had accompanied the outbreak of COVID-19. Disinformation is more likely to take root and proliferate if people lack reliable access to accurate and up-to-date information. Common tactics to propagate disinformation for the pandemic include censoring news, injecting false narratives promoting government-produced misinformation.

The narrative of the pandemic has changed throughout. When the pandemic began, it focused on the origins and who to blame. Now, the focus is to undermine the production of vaccines. This pandemic is a ripe training ground for anti-establishment political groups to try out new tactics and forge alliances. Cybercrime increased too. Cyberattacks against organizations and individuals, telephone fraud schemes, counterfeit healthcare, and sanitary products, and home visits by fraudsters are all on the increase. In this environment, disinformation campaigns become deadly.

State-controlled media, such as Russia Today and Sputnik, use news stories that contain both true and false elements. As the technology evolved, so have the ways in which Russia uses active measures. Through organizations like the St Petersburg ‘troll factory,’ Russia uses fake accounts to spread misinformation stories on social media.

A conspiracy theory aired on Kremlin-backed Sputnik radio drew a parallel between the 19th-century Opium Wars and coronavirus, implying that England and unnamed ‘international organizations’ were seeking to control Chinese internal affairs, just as the British empire forced China to open its markets and cede territory at gunpoint. The website Ria Fan claimed that a ‘false panic’ about COVID would benefit pharmaceutical companies. Ren TV’s Military Secret documentary claimed the virus could be a biological weapon that the US Special Forces in China disseminated. A clear use to incite disinformation worldwide to attack the United States. This exactly happened with the AIDS campaign that accused Fort Detrick of creating the virus and spreading it.

Another is the way Russia never authorizes its information. It gathers information from theories originating in other countries such as China, Iran, and even the United States. This allows Russia to avoid the accusation of creating disinformation themselves, claiming that they are only reporting what others say. This happens with the AIDS campaign. KGB officers in the United States gathered the information that led to creating Operation Denver.

Active measures in the AIDS disinformation campaign during the 1980s have similarities to the current active measures used by Russia to disinform COVID-19. They claim to gather information from other countries and distortion it to have both a piece of truth and falsehoods; making it harder to determine it is disinformation. They based their campaign to threaten Western stability and bring an enemy down that posed a threat to their foreign policy aims.

Active measures seem to be reusing their previous theories from the AIDS campaign to claim the United States started this virus. Ever since Operation DENVER and its discrediting by the AMWG, institutions like NATO have been countering disinformation from Russia. In this social media era, companies like Facebook and Twitter started their own countering too to stop disinformation from being as deadly as it currently is. 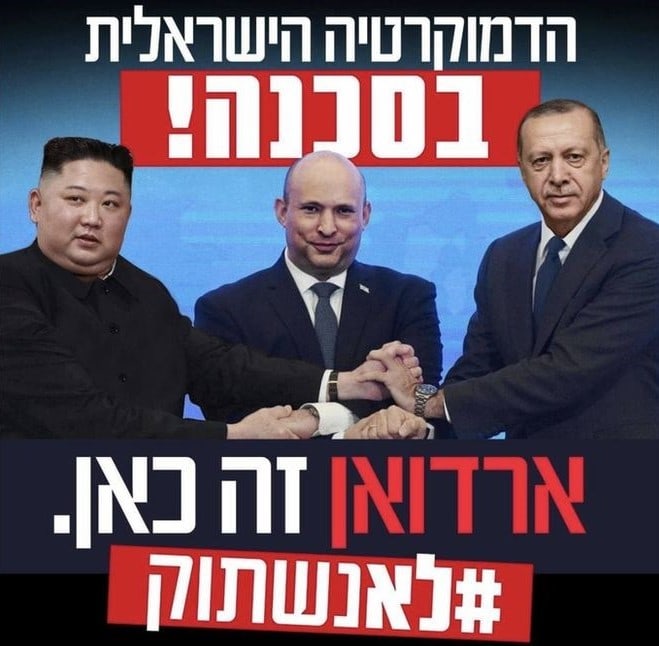