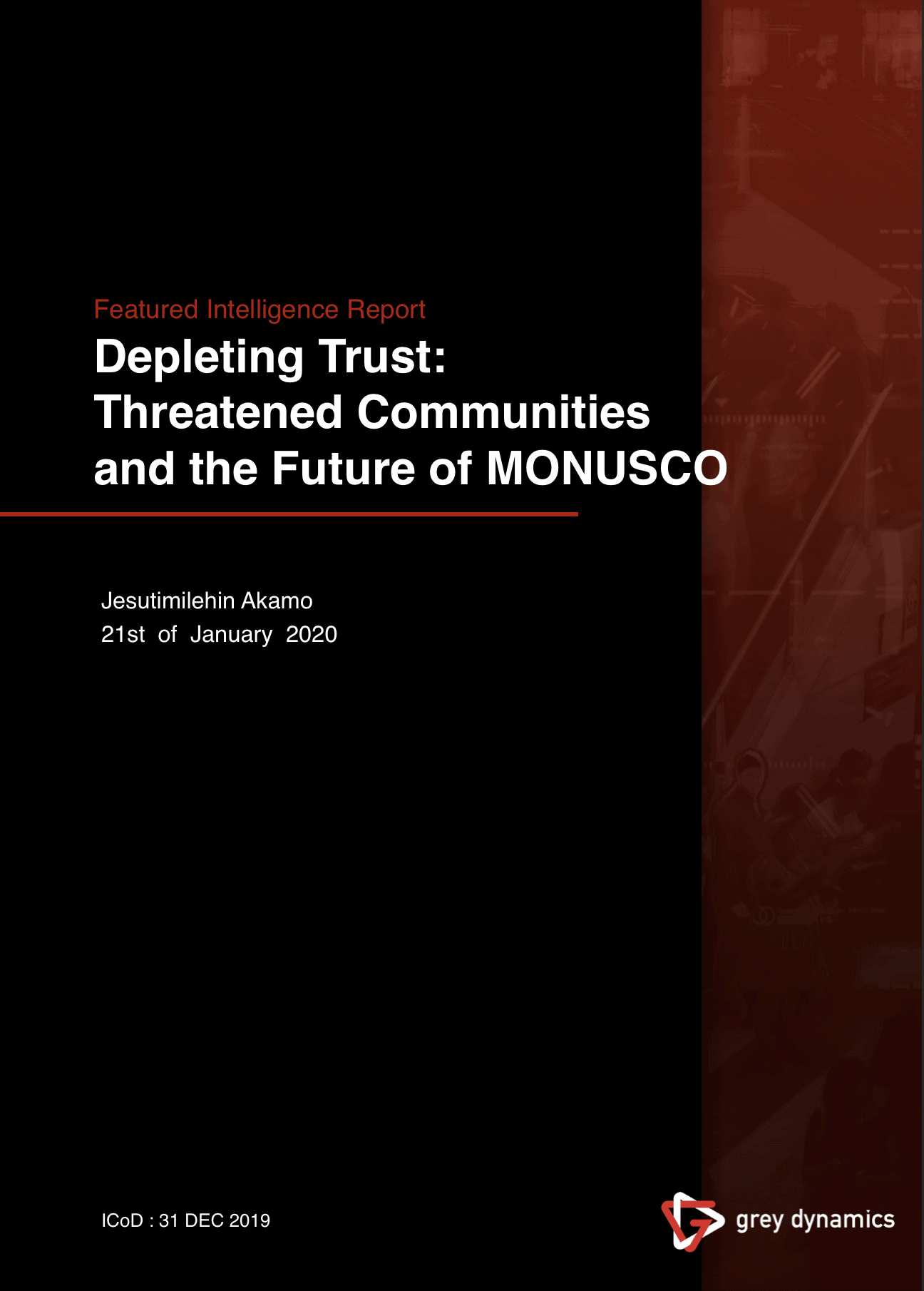 KJ-1. It is almost certain that the people of Beni have totally lost confidence in UN MONUSCO.

KJ-2. It is highly likely that other threatened communities will begin to think in the direction of expressing their dissatisfaction violently if UN MONUSCO is not strengthened.

KJ-3. It is almost certain that hostility towards UN peacekeepers by people of threatened communities will increase

The people of Beni, Nord-Kivu feel betrayed, and it is almost certain that have  concluded to be better off without the United Nations Organization Stabilization Mission in the Democratic Republic of the Congo (UN MONUSCO). UN MONUSCO raised their hopes because they needed help. This is because of the different attacks and brutality they had suffered in the past. In November 2019, they suffered an attack by ADF, an Islamic militia from neighbouring Uganda. The rebels killed 8 people. The UN MONUSCO had always been problematic in terms of timely response to distress calls. This led the head of the mission to consider reducing the number of bases and improve mobility. However, the mission suffers from insufficient human and non-human resources and things remained the same. Other things being equal, it is almost certain that this underlies why UN MONUSCO could not assist the people of Beni as expected in November. Overall, it is highly likely that this makes up over 70% of why the people of Beni have lost their confidence in UN MONUSCO.

The people are resolute that UN MONUSCO is doing nothing to protect them from rebel attacks, and this last incident seem to be the tipping point for them. In response to this, the people of Beni protested at the UN base in Beni and destroyed properties. They are angry. A protester, Kasereka Fundi, said “We are killed while MONUSCO is here to protect us. Let them go home. We do not need tourists in our country,” to AP news agency. Aid workers and civil society leaders also seem to be on the same page by concluding that UN MONUSCO has failed. The instance in Beni sets a precedence which other threatened communities may soon follow if the efficiency of UN MONUSCO is not improved.

Grey Dynamics African Intelligence Assessment suggest that it is highly likely that the ADF has recognized the decline in the strength of UN MONUSCO and is therefore strengthening itself. Reports from other sources also suggest that the intelligence capacity of UN MONUSCO is very weak. This translates into a case where the UN mission gets weaker while rebel forces get stronger. As a result, the following are a realistic probability:

The future of UN MONUSCO does not seem bright and action is required rapidly.

Download ‘Depleting Trust: Threatened Communities and the Future of MONUSCO’ in PDF