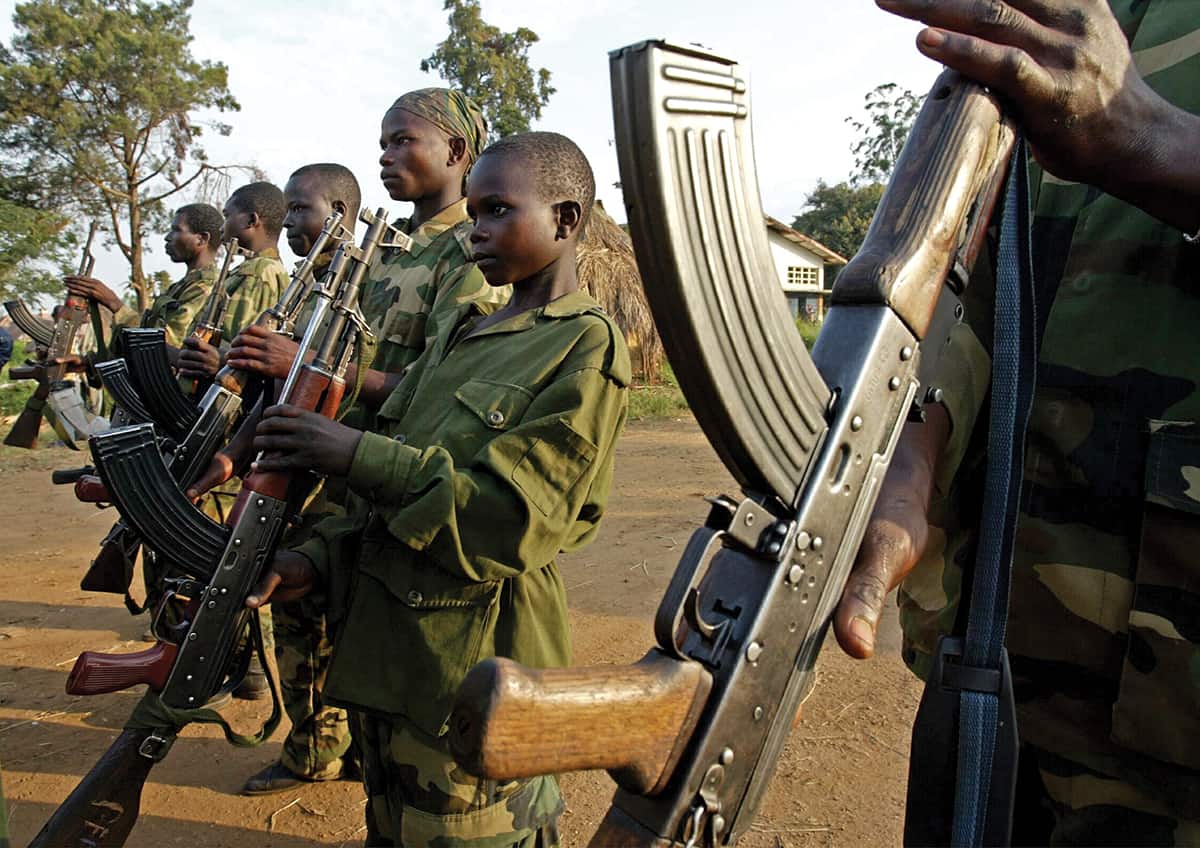 Magic and ritual in African societies predate the spread of Christianity and Islam in the continent. What is seen as magic and ritual, has it roots in traditional African religions. Additionally, it is the consequences of colonialism and Christian mercenaries, that traditional African practices which contradicted the fabrics of western culture was condemned. What differentiates traditional African religions and practices is the belief that one can manipulate the supernatural to have a direct effect on the material world. This core belief in the proactive nature of magic and rituals attracts many individuals who are looking to increase their “ability to compel others forcefully” whether in outright warfare or other types of violence.

Nonetheless, in warfare, the use of magic and rituals offer a means of enhancing one’s ability to defeat ones’ opponent, as well as survival. Finally, with the nature of traditional belief systems being more proactive, allows warring parties to request specific types of power and protection from religious practitioners. Thus resulting in the privatisation of the spiritual world.

With an explanation on the nature of magic clarified, it can be argued while magic, ritual and belief in spirits shape everyday day life within many African nations. It particularly shapes the nature of violence within civil wars, and how violence is manifested. This is because “the ends to which magic is directed is usually dictated by the concerns of the material world”. In addition, Magic serves both an external and internal function. Its usage is rational in the same fashion weapons are used. As research has shown, where artillery resources limited the likelihood in turning to the supernatural to aid in military objective increases. Furthermore, magic and ritual can be co-opted to pursue violence. In a similar way, ISIS carries out atrocities through its belief in a radical form of Islam.

For example, the spiritual framework of the Lord Resistance Army (LRA) exemplifies how the usage of magic and ritual shapes and allows atrocities and violence to manifest within the Ugandan context.  The LRA is used because spirituality plays an integral part in the formation of the LRA and its practices. 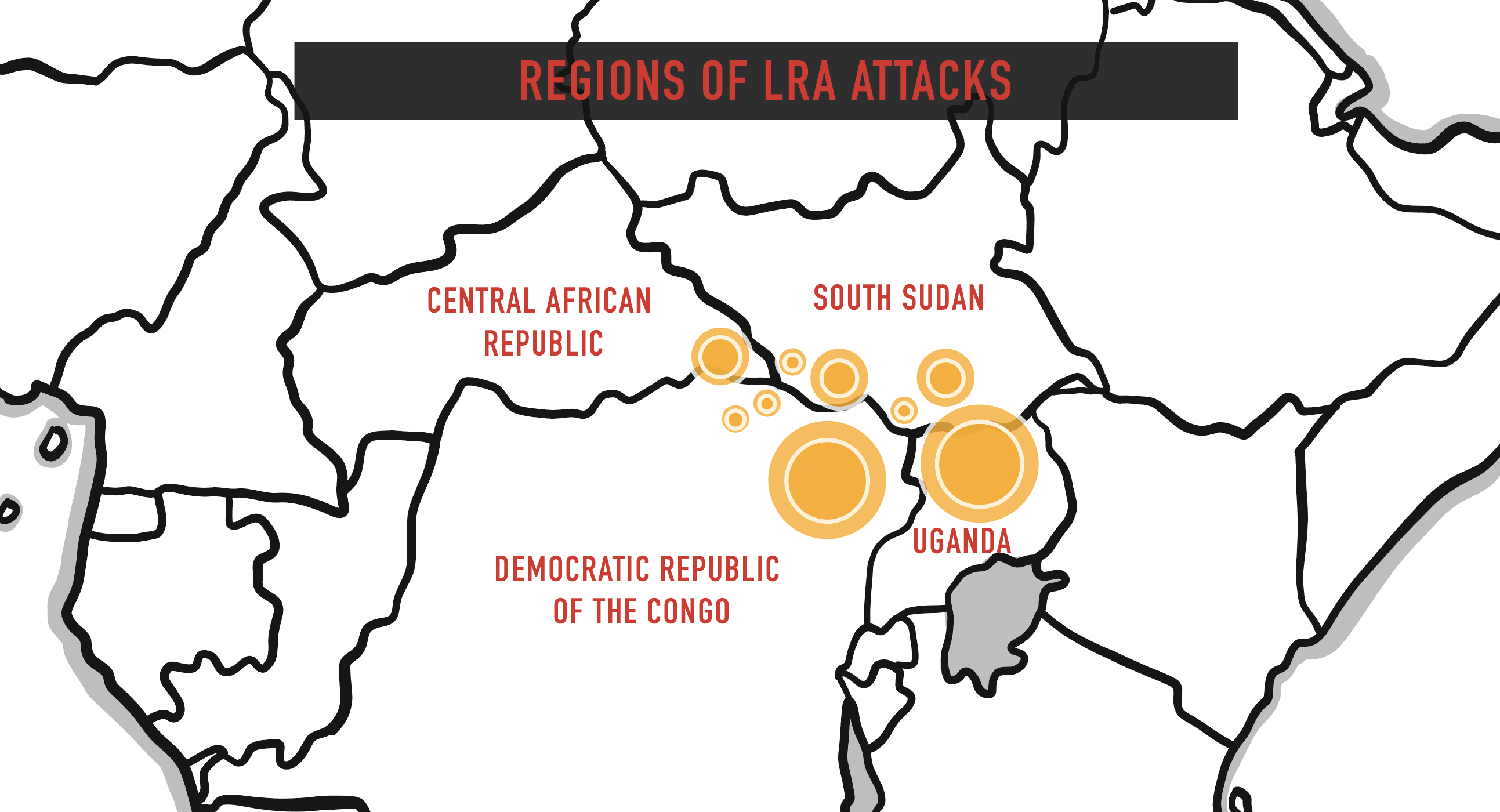 Often the LRA has been described as religious terrorists, since group can be seen as a successor of the Holy spirits movement. It uses references to Ugandan beliefs systems particularly the Acholi beliefs. The legacy of Christian missionaries during the colonial era in Acholi land, Uganda, is a fusion of Christian and Acholi traditional beliefs. This fusion created a belief structure that good spirits operate for the Holy Spirit and evil spirits worked for Satan. Being possessed by spirits—good or evil—was believed to have common occurrences amongst Acholi people. As a result, Kony’s claim that he was possessed by several spirits was believable to many civilians in northern Uganda.

Moreover, as Kristof Trteca contends, the practices of the LRA with regards to spirituality served strategic function internally and externally. For the LRA spiritual order allowed for internal cohesion. For example, the fear of spirits allowed Kony and his commanders to direct soldiers as well as command loyalty.

The LRA relied on traditional Acholi beliefs to coerce soldiers to commit atrocities. For instance, local Acholi beliefs in “Cen” was used to compel recruits to commit acts of violence. In the Acholi context Cen is the spirit of those slain by soldiers. It is believed that contamination with Cen, which is a harmful polluting spirit of those killed by soldiers, occurs when one carries the head of a victim. Commanders would tell abductees that if they refuse to kill then the commanders would remove the head of the victim and force the children to carry it. To carry the head of a victim many Acholi believed that the head transfers the Cen onto the carrier. Thus, many children killed to avoid contamination with cen. This internal function of coercion using magic, demonstrates how it can lead to atrocities.

Moreover, the belief in the omnipotence of Kony’s alleged supernatural powers because of being possessed, resulted in many child soldiers believing he could read minds. As one ex child soldier explained “if a rebel who was a captive had ill feelings against Kony, Kony would be told by the spirits and would kill him”.

These spirits would also tell him if anyone tried to escape. The physical abuse compounded by psychological fear of the supernatural, meant absconding from the LRA was rare. Therefore, it could be argued that this belief removed or impaired the agency of many child soldiers, as they felt trapped within the LRA. 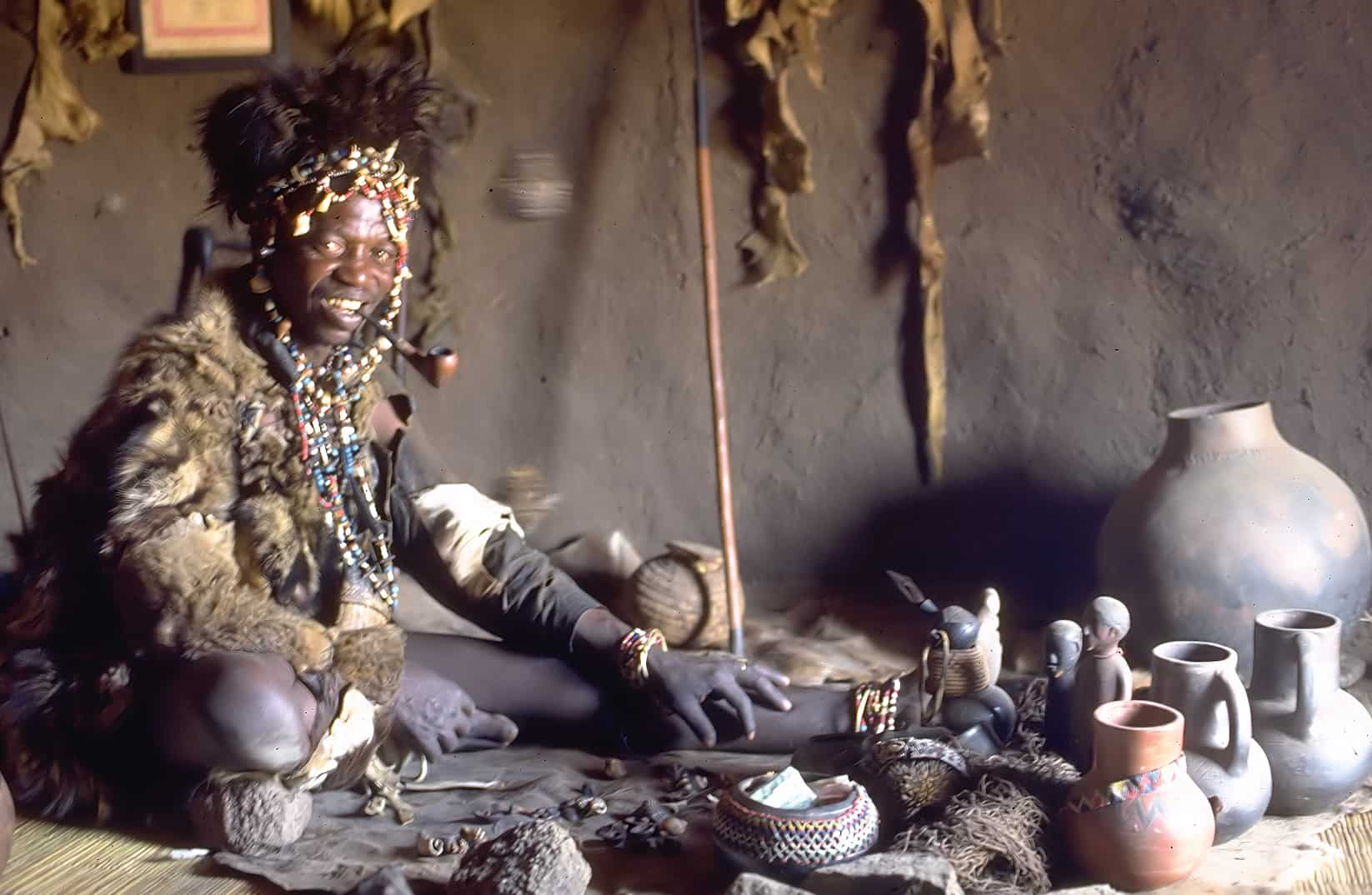 In addition, ritual is key for internal cohesion, which shapes how atrocities occur. For example, newcomers into the LRA had to go through specific rites. They would not be able to eat with soldiers for three days, only then would they go through an initiation which consisted of shear butter and water which transformed them into malaika (angel). This indoctrination served two functions. (1) It facilitated social cohesion within the LRA as it ensured obedience and purity amongst the ranks. (2) Many ex combatants were told the concoction of shear butter and water meant even if they tried to escape the shear butter and water mixture meant they would eventually be returned into the clutches of the LRA.

The constant rituals and rites practiced within the LRA compounded with being isolated, cemented loyalty. Before an abductee could eat with the other LRA soldiers he had to be anointed with local oil called Moo Yaa. With this and other following rituals the new soldier was incorporated into the group of the LRA. This sense of belonging, is poignant to the abductees as one former child rebel explains he enjoyed being incorporated and “felt pure”.

LRA’s spiritual practices such as rituals, regular prayers meant practices were engrained in the psyche of abductees. There were a range of holy rules, which had to be followed strictly, as it was believed that the spirits could see everything and would punish disobedient soldiers. This belief, therefore, shape violence as members would likely carry out atrocities ordered by Kony.

Moreover, magic has an existential service like other forms of religion. It offers a “conceptual framework beyond the immediately visible” bearing witness to a greater purpose for existence. As a result it anchors groups within a wider “whole” providing the meaning humans crave.  Additionally, its ability to explain misfortune, is personalised. As Wlodarczyk notes “misfortune does not happen by chance”, but because of a conscious perpetrator. This allows one to answer “why” something has occurred. It can further explain victim’s explanation in a post conflict setting, by attributing their victimhood to usage of magic and ritual.

This is applicable to the LRA as Kony’s increased his “cleansing” in 1994 when he blamed the Acholi disloyalty for his failures militarily. Creating a polarising world view meant that Kony viewed Acholi and non-Acholi as being deserving of atrocities. For Kony—using Wlodarczyk framework—misfortune was a direct result of the Acholi and therefore needed to be cleansed. One such example was in patango pader district in 2002, where the LRA murdered 20 people and the commander of the group ordered that two bodies be dismembered and boiled in a pot in the presence of survivors.

One of the main driving force for atrocities committed by LRA was the desire to create a new and pure Acholi society. In 1983, Obote launched operation Bonanza which became a sustained a murderous mission. The Acholi were widely held responsible for the mass killing. It is said a spirit named Lueero haunted the Acholi. As a result of this Kony believed the Acholi tribe needed to be cleansed of their past sins. For cleansing to occur, violence was needed, as well as abduction. Abduction was not only a method of forced recruitment but also a way to save children from the perceived impurity.

Magic and ritual can lead to violence and ritual. Magic serves both an external and internal function. Its usage is rational in the same fashion weapons are used. Further, the belief in the supernatural helps violence as it perceived the extent to which violence is able to occur is guided through the work of spirits. Moreover, as research has shown where artillery resources are limited the likelihood in turning to the supernatural to aid in military objective increases. Belief in magic and ritual facilitate how the nature of violence is inflicted on victims.  Methods in killing and maiming that are classed as atrocities can be linked to belief in the supernatural. Joseph Konya orders of amputation for those who raise pigs and work on Fridays is one such example. Finally, its useful to note for magic and ritual to have a profound effect on violence, it is necessary for victims as well as perpetrators to believe equally there is a direct correlation between action of perpetrators and the supernatural world.